Brighton, England’s Bearcubs crafts pulsating dreamscapes laced with trickling sunshine and rekindles memories of a full moon’s reflection in a placid sea. The Cadence Collective’s debut release features a pair of songs from each of the collective’s five artists: Bearcubs, Cube Face, Kruisemode, m∞n and Theo Bass. Download it here. Bearcubs’ contributions to the album, ‘Home’ and ‘Cascade,’ remind me of a mélange of Southern Shores and Star Slinger. ‘Home’ satisfies yet leaves me begging for more from this british college student. Last month he began recording his debut EP which will be out sometime in the next month. David Sánchez, an architecture student from Queretaro, Mexico, has been recording under the moniker Turning Torso since the summer of 2009. With three releases under his belt, he was planning to record and release a fourth this summer, but summer’s nearly come and gone for David. With the start of classes just around the corner, he hasn’t bagged the album completely. He’s got a handful of tracks already recorded, and he’s still working on the rest of the release, so he made sure to assure me that we’ll be seeing quite a few surprises from his guitar-based electronic project in the near future. Today he’s given us the first, in the form of a single of the album. David told me that with the new songs he tried to craft a new sound for Turning Torso. He’s incorporated more beats and electronic elements, whilst still managing to stay true to his roots as a guitarist. Keep a look out for new jams from TT over at his bandcamp and soundcloud. Last month, British pop project Pinemarten churned out two short, three-song sets entitled Bay and Home to serve as the bookends of April. Putting together chilled out disco beats from Chesterfield, England, Pinemarten first came on to my radar a few months ago with his remix of Swedish trio Museum of Bellas Artes’ jam Watch The Glow. Now Pinemarten has original tunes trickling out on both his soundcloud and bandcamp. Check out Tea & Toast off Home below. 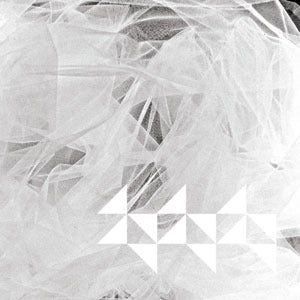