Swedish duo jj (Joakim Benon and Elin Kastlander) have just released a free single, Let Them, via Gothenburg-based label Sincerely Yours. The single includes two songs— Let Them, which samples Akon, and I’m the One / Money On My Mind that builds off of The xx’s Intro. Head on over to the label’s website to pick up jj’s newest jams. jj are continuing to churn out great tunes— and I must say that I’ve come to expect that from the Scandinavians since the release of their last album jj n° 3.

Back in August Spanish indie rockers Polock released their first album Getting Down From The Trees. The Valencia natives’ ten-track full-length sounds at times like an old record by The Strokes or Arctic Monkeys, but what I couldn’t shake during my first listen through was how every song seems like it could easily be a tune off the next Phoenix album. Perhaps it’s the accented vocals, which are actually far more similar to those of Polock’s compatriot Ekhi Lopetegi (of Delorean) than Thomas Mars’. I highly recommend that you pick up the group’s debut LP over at Mushroom Pillow. It’s definitely no Wolfgang Amadeus Phoenix but I’ll go ahead and place Getting Down From The Trees above United and Alphabetical and right alongside It’s Never Been Like That. If they’re as similar to Phoenix as I’d like to think, I’ll have to make sure to catch Polock live next time they hop across the pond. Catch ‘Fireworks’ below. A few days ago I got my first taste of a new group out of Berlin, White Wishes. They still remain rather anonymous but I’ve gotten to know the two tracks off their single Hold Your Hand quite well. They’ve been on repeat, beating me over the head with the silky familiarity of Banana Phonetic’s cool riffs whilst tossing in laid-back vocals which I’m sure we’ll hear more of in the coming months. Snag both tracks over at their bandcamp. (via)

Long Walks On The Beach - metaPhysical Long Walks On The Beach is a wonderful bedroom pop project out of Washington, DC. I’ll come out and say that I don’t know too much about Fritz, the man behind LWOTB, but from the tracks I’ve heard so far, I’m sure that you should keep an ear out for his simply irresistible pop melodies in the coming months. Check out the catchy ‘metaPhysical’ below. Also make sure to head on over to his bandcamp and grab a few of his other releases. I don’t know about you, but I’ll have this one on repeat all night.

Long Walks On The Beach - metaPhysical

Long Walks On The Beach - TRUE LOVE or bust 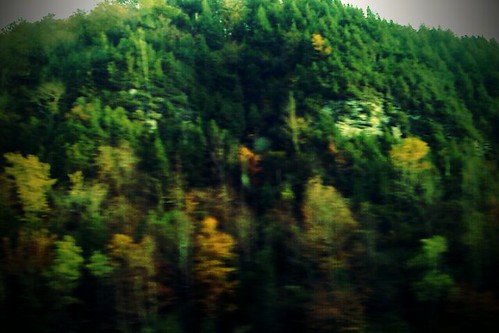 This week’s mix kicks off with one of my favorite new bands, LA’s Kisses, except this time they’re remixed by Active Child. Generationals follow suit with a splendid track off their upcoming Trust EP. Once again, Blackbird Blackbird is in on the action; here’s a tune off his Seeing Suge collab with Emay and Star Slinger—grab their first single “Breaking” here. At the beginning of the year I was really into Australian electropop duo Empire Of The Sun. They’re probably the most remixed group of the past few months but I still enjoy Andre Anjos’ recently finished remix of Walking On A Dream. Baltimore’s Rapdragons and Moss of Aura join up and drop it like it’s hot with a sweet remix of She Got Me. Next up is a tune off Ocean Age’s Forest, entitled Hopscotch. Is Tropical, Brazil’s DJ Dolores and Mexico’s Piyama Party (with Pipe Llorens) round out this week’s mix. Enjoy!

Empire of the Sun - Walking On A Dream (RAC Mix)

Rapdragons - She Got Me (Moss of Aura Remix) It’s no surprise that San Fransisco’s Blackbird Blackbird is back with yet another tantalizing track. You may remember a few weeks ago “Mr. Prolific” released a song, ‘Starlight,’ with the wonderful vocals of Steffaloo (Steph Thompson, Tim from smokedontsmoke’s sister). Well they’ve come together once again, this time crafting a beautiful four-minute dreamscape— ‘Fly.’ Steph’s vocals may not be the only thing you recognize on this one, it’s actually a reworked version of ‘Fade to White (feat. Emily Reo)’ off Mikey’s Modern Disbelief EP from last month. This one’s fresh off the presses, check it out!

Also, on November 23rd Mikey will release his Fade To White/Letting Go 7” on Fire Talk Records (Dead Gaze, Tennis). You can pre-order it here. 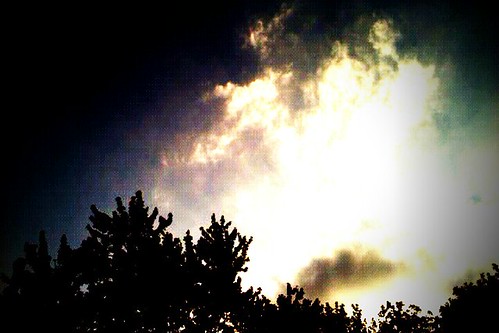 So it appears Monday has whipped around again. This week’s savory selection kicks off with a tune from Newcastle indie rockers Little Comets. They’re here to remind us that it’s October—good to know. Whether the fact that it’s now October, the February of fall, is a good thing is a totally different issue. We plunge on. Brazilian mestre Gilberto Gil warms up the mix with a recent live version of ‘Expresso 2222.’ Dois, Dois, Dois. So Gilberto may be the master of Brazilian music but Kassin+2 gives us a little something special from a newer generation, something we need, ‘Agua.’ Oxford’s Trophy Wife carries on with ‘Take This Night.’ Then we move north. Glasgow’s Belle & Sebastian dropped their new album Belle & Sebastian Write About Love not so long ago. Here’s one of my favorite songs of the record, ‘I Want The World To Stop.’ So a few weeks ago I saw Beach House and their live drummer Graham Hill really impressed me. It turns out Señor Hill has his own project called Roman Ruins, check out his tune, ‘The Comedown.’ Mark Ronson’s new album, Record Collection, is a great mix of styles and features some great artists (Ghostface Killah and Theophilus London among others). So why not feature a tune on this week’s mix? Speaking of Theophilus London, he’s done a brilliant rendition of The xx’s ‘You’ve Got The Love.’ New Zealand’s Glass Vaults cap of this week’s mix with a flowing three and half minutes of ‘New Space.’ Grab their Glass EP for a low price of nothing right over here. So now that’s sorted, sit back and ease yourself into the week.

Little Comets - One Night In October

Belle & Sebastian - I Want The World To Stop

The xx - You’ve Got the Love (Theophilus London Remix) Swedish pop duo Club 8 (Karolina Komstedt and Johan Angergård) have released their first single since The People’s Record entitled ‘Closer Now.’ They keep alive the fast-paced West African drums and rhythms as well as the multilayered instrumentals apparent in the May release while, of course, retaining their own colorful pop hooks. ‘Closer Now’ is available for free download via Labrador Records. The track will be released as a 7” on November 23rd.